Hurricane Season and Helping Those Affected 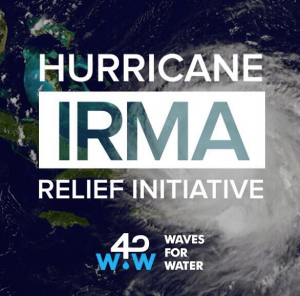 Surfers understand the love/hate relationship when it comes to hurricanes. For the East Coast, hurricane season starts June 1st and runs through November and perhaps even into December. During this time of the year, the Atlantic adheres to chaotic and unpredictable elements. These water patterns offer surfers the best swells during an approaching storm. Of course these tropical storms sometimes create wave-generating dreams for the experienced surfer, but unfortunately… they tend to result in very dangerous and destructive outcomes.

The Necessity of Hurricane Relief

The 2017 season started off stronger than ever. Recently Hurricane Irma, an extremely powerful and catastrophic storm, swiftly became the most powerful Atlantic hurricane on record. Irma barreled through the Caribbean, leaving an extensive amount of damage on each of the islands in its path. The Island of Tortola, where WB Surf Camp travels annually for an adult surf camp, saw the same fate. We hold a strong relationship with the wonderful people of this island – our hearts and thoughts go out to them.

The outcome of this major disaster generated a wave of help, support and relief efforts from all over the world, as well as right here in Wrightsville Beach, NC. WB Surf Camp’s Advanced Surf Coach, and local professional surfing legend Ben Bourgeois goes above and beyond when it comes to helping those in need on the Caribbean Islands. 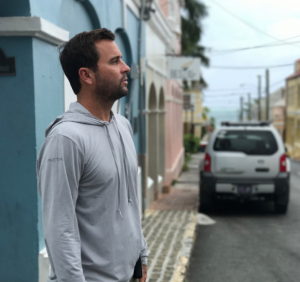 Ben represents the non-profit organization “Waves for Water” as an ambassador; their overarching mission provides clean drinking water to everyone who needs it, as well as coordinating and executing natural disaster relief efforts around the world. Currently, Ben and other Waves For Water ambassadors are down in the Caribbean witnessing first-hand the destructive powers of these storms as they work with locals in the recovery process. Unfortunately, hurricane season is far from over and others are being affected.

Please take a moment to look into the Caribbean Hurricane Relief Initiative being spearheaded by Waves For Water. Any resources or donations you give will go far in the efforts to restore and rebuild the islands and help the people who live there.