Film and surfing are two topics I could talk about for hours. Something about the cameras’ ability to capture moving images combined with the motion of surfers gliding across water forever mesmerizes me. I have fond memories staying up late watching my favorite surf movies and dreaming about when I would one day make my own. Since the world is spending a fair amount of time indoors nowadays, I think this is an awesome opportunity to catch up on some surf films so we can get stoked on the days to come when we are back at the beach!

5) Fish: a Surfboard Documentary is exactly what it sounds like: a documentary about the fish surfboard. This movie covers the origins of this revolutionary board and its lasting impact on surf culture. This film is marked by detailed story-telling explaining the history of the fish, and features Dave Rastovich and Rob Machado. 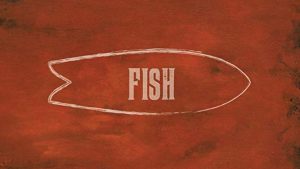 4)  My love of mental health awareness, the healing powers of the ocean, and using surf for good all intersect in the documentary, Resurface. This powerful film follows Bobby Lane, an Iraq war veteran who suffers from chronic depression and PTSD. Originally Lane pursues surfing as a bucket list item, but unexpectedly finds deep healing and peace in surfing. The tag line of the movie is “War, Trauma, Surfing” which sums up the film perfectly. Scientific data and veteran stories work together to show the ocean as a healing tool for those suffering from PTSD. 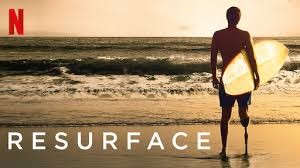 3) Under an Arctic Sky by critically acclaimed filmmaker and photographer, Chris Burkard, is a 39 minute masterpiece. This documentary follows six surfers who set out to Iceland, seeking to surf the Arctic seas surrounding the Faroe Islands. This breathtaking film shows off the northern lights and icy glaciers. Besides its cinematic beauty, it showcases the adventurous spirit of the sport, as the crew encounters “the worst winter storm to hit the country in 25 years.” This movie is the perfect combination of natural beauty, perseverance, and adventure- all marks of surfing. 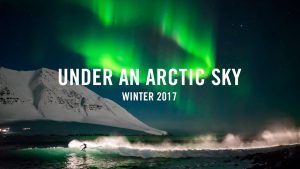 2) Fish People by the Mallory Brothers and Patagonia is a documentary that showcases 8 people who are deeply connected to the ocean. It features the lifestyles of spear fishers, surfers, long-distance swimmers, and more. This film embeds a deep respect for the ocean in its audience as a source of livelihood, enjoyment, adventure, and culture. Ultimately, this fascinating documentary will open your eyes to how the ocean is a multifaceted, powerful source for many.

1) The Endless Summer by Bruce Brown is perhaps the most loved and well-known surf film in existence. This 1966 film follows two surfers, Robert August and Michael Hynson, who travel the world chasing the perfect-wave. Bruce Brown narrates the piece with charm and wit, as the audience follows the crew from California to Hawaii, Australia, and South Africa. 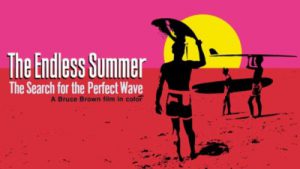 There you have it, my top surf films. Of course there are many more that define the culture, but these five have all impacted how I view the sport and ocean.  There are thousands of surf films, documentaries, and video edits out there, so go out and make your own top five list! As filmmakers are increasingly drawn to the coast and new technologies arise to bring cameras in the water, I’m excited to see what comes forth from this marriage between surfing and the arts.