A Brief History of Surfing in NC

Our headquarters for WB Surf Camp is located in North Carolina; a state full of gorgeous beaches including Wrightsville Beach, Carolina Beach, and Topsail Island. With great shores like these comes stellar surf- read along to learn more about the history of when surfing began here!

The appearance of surfing in Wrightsville Beach, NC occurred alongside Lifeguarding and Swimming in the early 20th century. In the summer of 1909, Burke Haywood Bridgers attempted to surf the mellow waves we have to offer, pioneering the sport in North Carolina. In 1910, a newspaper in Honolulu published a letter written by Mr. Bridgers requesting information on board building, hoping some Hawaiian locals would shed some light on their surfing technique. This is the first written proof of surfing in Wrightsville Beach!

In the summer of 1928, Willie Kaiama and a team of Hawaiian surfers were giving surfing demonstrations in the Northern Outer Banks of the state, indicating a growing interest in the sport. 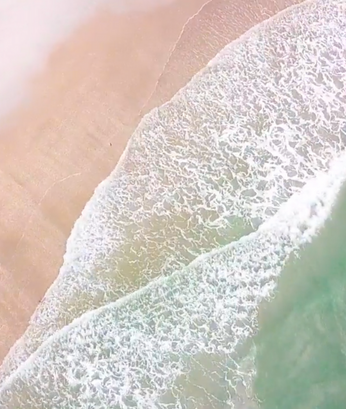 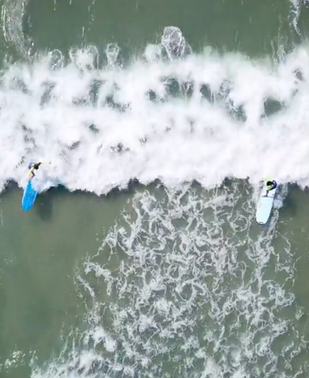 In 1964, it was clear that surfing had taken root in the old north state. The town of Wrightsville Beach decided to create “permitted surfing zones”, as the number of wave riders had increased drastically. This invigoration of the sport was increased as well, as, in the same year, one of the first local surf shops was started by Lark Lancaster and Harold Petty – “East Coast Surfboards”. They represent one of the first shops to design, shape and build their own boards, tailored to the waves offered by the Southeast Coast. Soon after in June of 1965, Mike Spencer would begin building boards in Wrightsville Beach under his own label, Spencer Surfboards. He would later move to California and Hawaii to shape boards, then return to North Carolina as one of the world’s leading wooden surfboard builders.

In the following decades, the love of surfing transformed Wrightsville Beach into a full-blown surf utopia. Named one of the “World’s Best Surf Towns” by National Geographic Magazine, there’s no doubt why it was chosen in 2001 to become the home of WB Surf camp. For the past 21 years, our coaches have offered personalized surf lessons, low-ratio camps, and surf trips around the world, all while teaching the importance of safety, surf etiquette, and the conservation of our oceans. 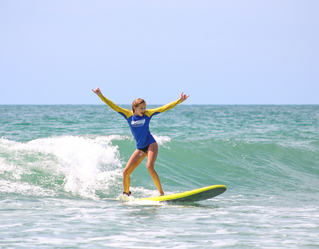